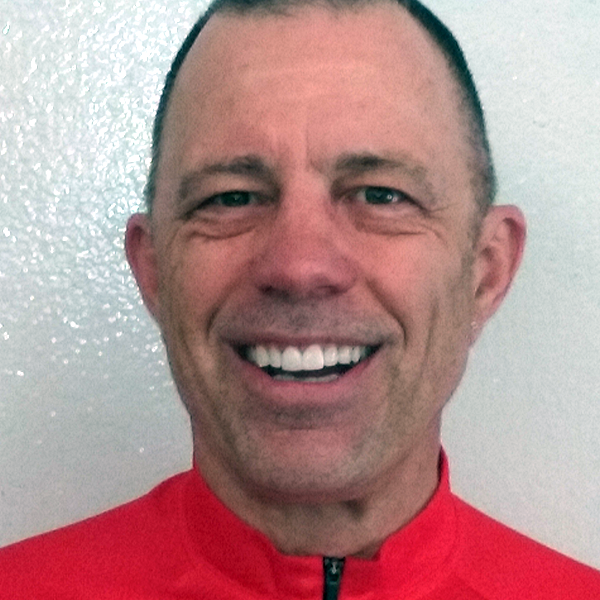 Recent recordings and broadcasts include Stravinsky’s Les Noces with Valery Gergiev conducting on the Decca/Phillips label, and on the Mariinsky Label, which received the 2011 ICMA award for Best Choral Work. Others include a solo Chopin album for the Chopin iTunes Project, a recital with violinist Vadim Repin for Deutsche Grammophone in Berlin, a Benjamin Britten Young Apollo live recording from Walt Disney Hall for BCM+D records, and many network broadcasts including NPR, BBC, PBS, RAI, and Cultura TV.

Dr. Smolina is DMA graduate from the University of Michigan, a recipient of the “New Names” Scholarship program in Russia, and has been a prizewinner of many international competitions, including Citta di Senigalia International Piano Competition (Italy), Kingsville International Piano Competition, Wideman Piano Competition and the Murray Dranoff International Duo Piano Competition in Miami, Florida. Svetlana‘s principal teachers include Alexander Toradze, Arthur Greene, Natalia Fisch, Evgeny Mogilevsky, and Monique Duphil. In the summer of 2011 Svetlana joined the iPalpiti Festival of International Laureates in Los Angeles, making her debut at Walt Disney Concert Hall with the iPalpiti Orchestra (Eduard Schmieder, conductor) and in solo and chamber concerts. That same summer, she won the Beverly Hills Auditions, worked as collaborative faculty at the Mozarteum Summer Academy and was appointed as the Samuel Barber Artist -In-Residence at West Chester University of Pennsylvania’s School of Music in The College of Visual and Performing Arts.

Since 2011 Svetlana has joined the piano faculty at the Philadelphia International Summer Festival. In 2013 Svetlana was appointed as Artist in Residence at Temple University's Esther Boyer College of Music & Dance, in the Department of Instrumental Studies.

2013 projects included recording a solo album at Cove City Sound Studios, and recording the soundtrack for the upcoming drama You are Not You, starring Hilary Swank. In January 2014 Vadim Repin gave a chamber concert with Svetlana for the metropolitan public in the residence of Ambassador Extraordinary and Plenipotentiary of Russia to the USA Sergey Kislyak in Washington DC. The concert was to draw attention of news agencies to the Vadim Repin Transsiberian Art Festival in Novosibirsk. In December 2014 Svetlana will tour as a soloist with the Dublin Philharmonic Orchestra in China and with the Thailand Philharmonic in Bangkok.

“Svetlana Smolina, an outstanding Russian pianist with a luxuriant tone, was the evening’s soloist. She caught both the flicker of the young Sun- god and also found urgency in the flashy solo part”

“The performance ( Stravinsky Les Noces) had plenty of fervor and clattering colors. Yet it was nuanced, dusky and organic.The soloists – dynamic Russian pianists ( Svetlana Smolina) were mesmerizing”

“Smolina displayed full command and charmed her way through Preludes of op. 28… Playing with vigor and vitality, easily shifting from one mood to another, sure of technique and subtle phrasing.The second part of program was devoted to Etudes and Waltzes.. the pianist produced dazzling effects entirely appropriate to the genre..Smolina brought audience close to frenzy, just as dear Fryderick did in his concerts.”

“Svetlana Smolina created a storming, breathing piano in Scriabin’s Fantasy in B minor...”

This artist is presented in association with Live On Stage.

The Borealis String Quartet’s “intense, focused style of playing” (Calgary Herald) has established them as one of the most dynamic, and exciting, ensembles of its generation.  They have received international critical acclaim as an ensemble, praised for its fiery performances, passionate style, and refined, musical interpretation.

The quartet was founded in Vancouver, British Columbia in the fall of 2000.  Since that time they have rapidly established a stellar reputation, touring extensively in North America, Europe and Asia, and performing to enthusiastic, sold-out audiences in major cities, including New York, Washington, DC, Los Angeles, San Francisco, Rome, Mainz, Shanghai, Taipei, Beijing, Toronto, Montreal, Ottawa and, of course, their home town of Vancouver.

Their recent performances on the Beethoven Series at the Metropolitan Museum in New York and at the Illsley Ball Nordstrom Hall in Seattle were critically lauded for their serious and dramatically engaging interpretations. In one season they were invited to play three times in New York alone, with performances at the Schneider Concert Series, the People's Symphony Concerts and at the Rockefeller Centre. In their hometown of Vancouver, they were invited to perform at the Aboriginal Pavilion during the 2010 Winter Olympic Games.

In 2012 the Borealis released two new recordings of music written especially for them. The first recording titled “Folk Songs” is mainly comprised of Taiwanese folk songs written and arranged by Che-Yi Lee, along with audience favorites like “Deep River” and “Chrysanthemum” by Puccini. The second recording, “Lullaby,” consists of famous lullabies from around the world, arranged especially for the Borealis.

Exploring other mediums to share their passion, the Borealis has also created music videos and short films, including Beethoven Opus 59, No.3, which is often broadcast on Bravo Television and Knowledge Network, and was debuted at the Vancouver International Film Festival.

Although the Borealis is strongly committed to the great traditional quartet literature, they actively seek to promote new works and are strong advocates of Canadian music, including works by T. Patrick Carrabre, R. Murray Schafer, Omar Daniels, Barbara Pentland and Jocelyn Morlock. They have also worked closely with and commissioned music from Kelly-Marie Murphy, Imant Raminsh, Michael Conway Baker, and American composer Steven Dankner. B.C. composer John Oliver wrote a work for Zheng (a traditional Chinese instrument) and string quartet for the Borealis, which was recorded with virtuoso zheng performer Mei Han, entitled “Purple Lotus Bud.” They have sought to take these works to many world stages where their performances have met with great success.

After their initial success in Taiwan, the Borealis was generously loaned a quartet of fine Italian instruments from the CHIMEI Culture Foundation, one of the leading string instrument collectors in the world. The beautiful instruments the Borealis performs on are a Giovanni Battista Rogeri violin (Cremona, 1698), a Lorenzo Storioni violin (Cremona, c 1780), a Pietro Giovanni Mantegazza viola (Milano, 1791), and a Lorenzo Storioni cello (Cremona, 1778).

The Borealis String Quartet would like to acknowledge the generous support of the Canada Council and the BC Arts Council. We are grateful for the financial assistance given to further their artistic ambitions and vision and bring Canadian music and culture to audiences abroad.

This artist is presented in association with Live On Stage.

LA Cello Quartet is a project of Positive Motions Foundation initiated by Ruslan Biryukov, founder of the Glendale Philharmonic Orchestra. The ensemble was introduced first at the Los Angeles Philharmonic Fundraiser in Palos Verdes in May 2010. Music making by four charismatic cellists-soloists immediately attracted attention of the public and the quartet was instantly placed into a category of the leading chamber music groups.

RUSLAN BIRYUKOV is Founder of the Glendale Philharmonic Orchestra and Los Angeles Cello Quartet, Artistic Director of Positive Motions Concert Series in Los Angeles, Cellist Ruslan Biryukov  known for his "superb artistry, passion and individuality." Mr. Biryukov represents a new generation of creative professional musicians whose artistic level is recognized not only by awards, but also by a worldwide audience. Ruslan was the only cellist ever invited to perform for 10 consecutive years solo recitals at the Sundays Live Concert Series in the Los Angeles County Museum of Art, the longest running live radio broadcasted concert series in the United States, as well as the only Russian cellist invited to solo with orchestra during the inaugural season of the Renée and Henry Segerstrom Concert Hall in Orange County. Recent appearances include Dvorak cello concerto performances with the Redlands Bowl Symphony and Marina Del Rey Symphony (Summer Series), Glendale Philharmonic (“Bestemming” Cello Concerto by Sharon Farber, World Premiere) and San Bernardino Symphony in Los Angeles. Memorable chamber music experience includes performances with world-renowned violinist Midori at the Disney Hall in Los Angeles, cellist Kirill Rodin at the Tchaikovsky Moscow Conservatory, and members of the Ysaye Quartet.

MIA BARCIA-COLOMBO was born and raised in Los Angelino. She began her musical studies at four years of age and began playing cello when she was eight with Bongshin Ko. At 10 she continued her studies at the prestigious Colburn School of the Performing Arts with Dr. Richard Naill. While at Colburn, Mia played with the Colburn Chamber Orchestra and participated in the Colburn School’s “Honors Trio,” which routinely performed in master-classes and in concerts on 105.1 K-MOZART’S broadcast, “Sunday’s Live.” In 2005, she competed and placed as a Laureate in the Sphinx Competition and a finalist at the Los Angeles Spotlight Awards. After high-school, she was accepted into the studio of Eleonore Schoenfeld at the University Of Southern California Thornton School Of Music, and also played principal cello in the American Youth Symphony until 2008. She completed her bachelor’s degree in Cello Performance at the Peabody Conservatory of the Johns Hopkins University under the tutelage of Amit Peled.